Wednesday Night in San Francisco is a live album by blues guitarist and singer Albert King. It was recorded at the 1968 same concerts at the Fillmore that provided the highly acclaimed Live Wire / Blues Power album.

Leftovers from the following night have been released as Thursday Night In San Francisco. 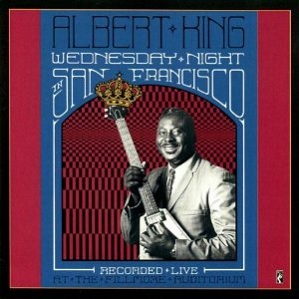 These must have been two great concerts but it’s a shame that the recordings haven’t been combined.

Feedback is good at Amazon.

You can get this Albert King live album at Amazon.com – Amazon.co.uk – iTunes – eBay

This has been nominated in the readers poll to find the best blues live albums.

Other Useful Webpages About Wednesday Night In San Francisco