Nasty is the first live album released by funk group Cameo in 1996. On re-release in 2007, it has been called Nasty, Live & Funky in some parts of the world. 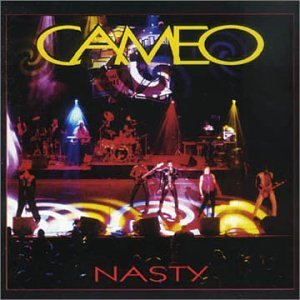 You can here mp3 samples of the songs at Amazon

Here is Cameo performing live in 1997

Word Up – I don’t know the year

What People Say About This Nasty Live Album From Cameo

You can buy this Cameo live album at Amazon.com Amazon.co.uk – iTunes – eBay

Because of the different versions, you need to take care that you find the best deal.

What Do You Think About Cameo Nasty, Live & Funky?

If you know this album, let me know what you think.

What Are The Best Funk Live Albums?

Nasty by Cameo has been included in the poll to find out the best live funk albums.

If you love funk, please vote.