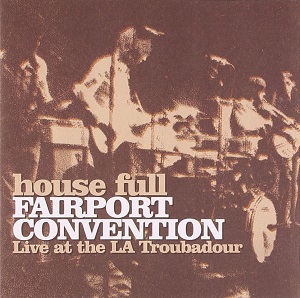 Do you think that this album is the best live album by Fairport Convention?

Is is the best live album featuring Richard Thompson?

Click on the links to see what other live albums were recorded in 1970.