Live is a live album by soul singer Marvin Gaye recorded on January 4, 1974 at Oakland Coliseum in California. 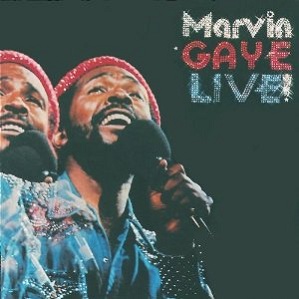 This is a terrific set list focusing on two of his best and best known albums from the early seventies, What’s Going On and Let’s Get It On.

It loses a mark because it’s too short at only 43 minutes and it’s missing what most people think is the must-hear Marvin Gaye song, I Heard It Through The Grapevine.

It would be nice to think that extra tracks could be added at some stage but I doubt it after all these years.

Here is a video of Marvin Gaye singing Let’s Get It On live in concert in 1976.

What Other People Say About Marvin Gaye Live

I haven’t seen this live album included in any best live album lists.

What Do You Think About Marvin Gaye Live?

Do you think this is the best live album by Marvin Gaye?

What is The Best Ever Live Soul Album?

Marvin Gaye is nominated in my readers poll to find out the best ever live soul album.