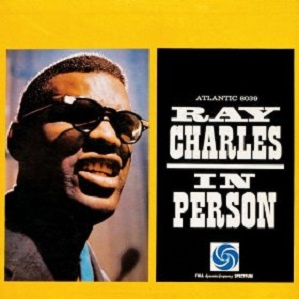 Ray Charles In Person and his previous live album, Ray Charles At Newport have been combined in a single release Ray Charles Live.

What Other People Say About Ray Charles In Person

In the best live album lists, there is a preference for his other Atlantic live album, Ray Charles At Newport.

There is also little at Amazon.

First you need to decide if you want this album or Ray Charles Live which combines this with At Newport.

What Do You Think About This Ray Charles Live Album?

In Person, At Newport and Live have all been included in my live album readers poll – the best soul album.

Please click the link and vote and see the results so far.