Live At The Old Waldorf is a live album by Television recorded at the Old Waldorf, San Francisco on 29th June 1978.

It has been difficult to get because it’s twice been issued as a limited edition release but I bought the mp3 version from Amazon.

Television Live At The Old Waldorf 1978 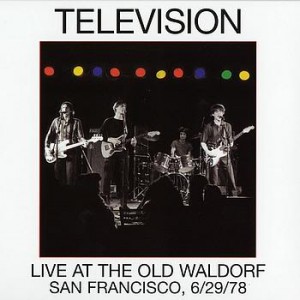 It’s not as comprehensive as The Blow Up but the album is better recorded.

This has a shorter set list than the other live album by Television – The Blow Up.