Live In Austin Texas 2006 is a live recording by Van Morrison.

The official double CD Live At Austin City Limits Festival is very hard to find but this is available on an unknown label. 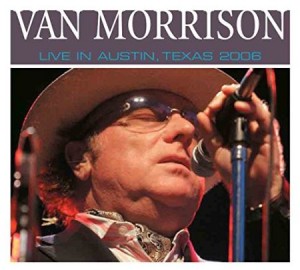 I’m not sure about this album. I really want the official Live At Austin City Limits Festival but that’s only available for a silly price. This has more than half the songs but is less than half the time.

I finally relented and bought this and it’s very good but in my opinion it isn’t essential and is behind It’s Too Late To Stop Now and A Night In San Francisco.