Jamestown NY 1958 is a live album by Coleman Hawkins.

It was recorded at a high school dance and Hawkins was backed by the rhythm section from the Buddy Johnson Band. 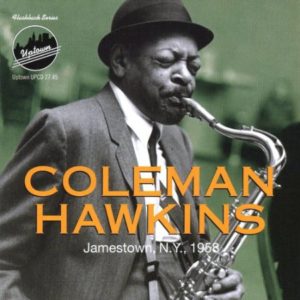 Grand Reunion is a live album by the Earl Hines Trio with Roy Eldridge and Coleman Hawkins. It was originally released in two volumes.

It was recorded at the Village Vanguard in New York City on March 14th, 1965. 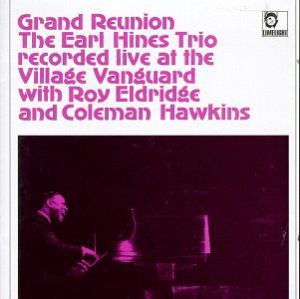 Alive! At the Village Gate 1962 is a live album by Coleman Hawkins.

On the recent, extended version of the album, extra songs have been added which include Roy Eldridge on trumpet and Johnny Hodges on alto saxophone. Three songs – Satin Doll, Perdido and The Rabbit in Jazz – have been released on another live album called Hawkins! Eldridge! Hodges! Alive! At The Village Gate!. 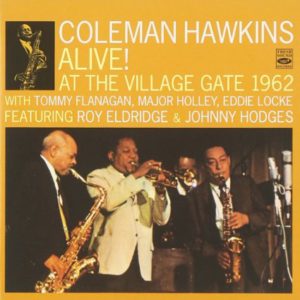 At Newport is a live album by the Coleman Hawkins, Roy Eldridge, Pete Brown, Jo Jones All Stars.

It was recorded at the Newport Jazz Festival held at Freebody Park in Newport, Rhode Island on July 5,1957. 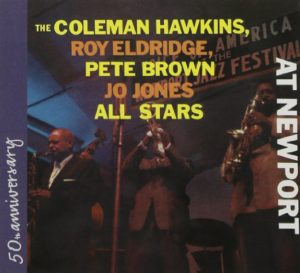