What is the best Neil Young live album?

The answer used to be easy… Live Rust. although some would say Time Fades Away.

The question got harder when Weld and Unplugged were released in the early 90s.

This gave people the choice of whether the best Neil Young live album was electric, acoustic or balanced.

It’s become even harder now that Young made the excellent decision to release his archive recordings. Dylan did it, the Rolling Stones are doing it with their authorised bootlegs and I wish plenty of other great acts from the 70s would do the same.

What Is Your Favourite Neil Young Live Album?

What do you think is the best Neil Young live album?

These polls rely on people like you taking part so please cast your vote for the best live album by Neil Young.

This choice of the best live albums by Neil Young get more difficult with each official archive release. We are also seeing radio broadcasts released that ease through the European copyright laws.

I think the choice is right as #1 is Live Rust from 1978. It has a charming acoustic set and a rousing electric set, giving a comprehensive summary of his work up to that time. It’s Ben chopped to fit onto a single CD and was shorter than I’d like anyway but both the choice of songs and the performance are strong.

In second place is a lovely solo acoustic set from early 1971 called Live at Massey  Hall. This previews some of the tracks from Harvest but doesn’t have enough from After The Goldrush. 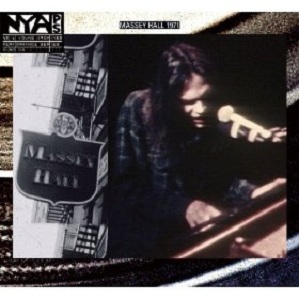 The yang to Massey Hall”s ying is the all electric set with Crazy Horse in 1991 called Weld. It was the year grunge hit the mainstream with Nirvana and Never mind but this old folkie wasn’t taking any prisoners. Even more extreme was the option to also buy an album of feedback noises called Arc.

These three are the ones I’d regard as essential but other Neil Young albums are well worth buying if you’re a keen fan.

I’m pleasantly surprised by the support for Live At Fillmore East from 1970 with the electric set. It lacks the brutal intensity of Weld.

Time Fades Away is one of those legenary albums that were released but then disappear. To date it hasn’t been released on CD. 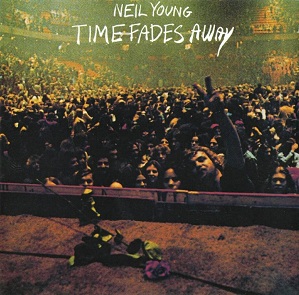 Unplugged from 1993 focuses on the recent Harvest Moon studio album as Young returned to the acoustic style of Harvest and Massey Hall. It also has a version of the electric classic Like a Hurricane played on a pump organ.

The two CSNY albums from the 1970s, Four Way Streetand CSNY 74 are both worthy of attention as well.

What are the best Neil Young studio albums?

I believe the best live albums and best studio albums are often connected in time.

Unlike many successful artists from the 1970s who have effectively retired from writing and recording new albums, Neil Young has continued to produce a new album virtually every year.

he had a great run in the early seventies with After the Goldrush and Harvest, went miserable and then came back with Rust Never Sleeps. Then he changed record companies and went all strange and was even sued for producing non-representative work.

The Results of the Studio Album Poll

Choosing only two albums is tough but After The Gold Rush and Rust Never Sleeps are at the top, followed by two of the “difficult” albums from the mid 1970s, On The Beach and Tonight’s The Night.

Please help me to find the best live albums by voting in other readers polls:

Best singer songwriter albums – does a Neil Young live album deserve to be ranked highly in this list?