Live in Chicago 1992 is a live recording and DVD by Neil Young which is not an official release by the artist.

It was recorded on November 17, 1992 from the Dreamin’ Man tour following the release of Harvest Moon which gave us an official live album with ten songs, and a solo acoustic live version of Harvest Moon. 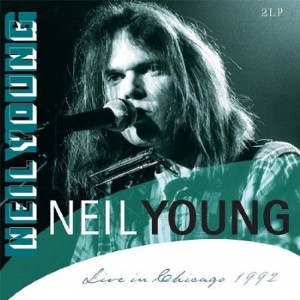 I’ve taken this information from the vinyl double album. I haven’t seen information about the CD version.