This has her most famous song, her cover version of We Shall Overcome and it includes her first performances of songs written by Bob Dylan. 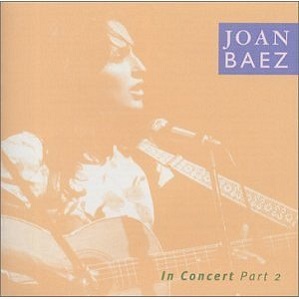 In total there are four Bob Dylan songs on here – Don’t Think Twice, It’s All Right, With God On Our Side, Death Of Emmett Till and Tomorrow Is A Long Time.

The combination works extremely well since Joan Baez has an extraordinary voice while Bob Dylan’s singing is an acquired taste.

This is just the singer and an acoustic guitar again and it’s very absorbing.

There is also a combination album with volumes one and two with some bonus tracks. Sometimes it’s good to have more but sometimes, those extra songs can spoil the purity of an album. The choice is yours.

Please help me find the best singer-songwriter live albums by voting in the readers polls.