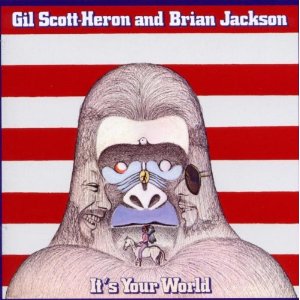 Most of the songs capture the jazzy, funky, soulful groove of Gil Scott-Heron which makes the messages in his songs so much more palatable than someone preaching at you.

The sound is Latin percussion heavy, piano based and with saxophone and flute adding colour and texture.