Live Hope At The Hideout  is a live album by Mavis Staples after her career was boosted by the Ry Cooder produced studio album We’ll Never Turn Back about the Civil Rights movement in the 1950s and ’60s.

It was recorded at the Hideout in Chicago in June 2008. It was released in November 2008. 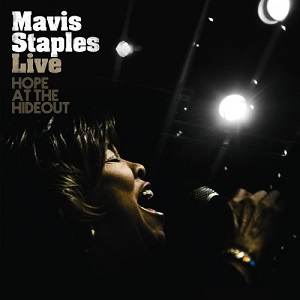 Mavis Staples was 69 years old when she recorded this and her voice sounds rough and raspy but it suits the songs.

The album was nominated for Best Contemporary Blues Album at the 52nd Grammy.

Buying Live Hope At The Hideout

Do you think this album is the best live album by Mavis Staples?

This album is included in the poll to find the best soul live album.