Fairport Live Convention is a live album by Fairport Convention.

It was recorded at the Sydney Opera House, the London Rainbow and the Fairfield Halls, Croydon between December 1973 and January 1974. It was released in July 1974.

This is from the time when Sandy Denny had rejoined the band.

The original album had nine songs bit it has since been extended by another five songs. 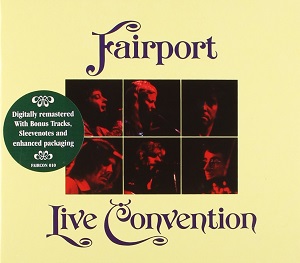 Matty Groves
Rosie
Fiddlestix
John the Gun
Something You Got
Sloth
Dirty Linen
Down in the Flood
Sir B. MacKenzie

Bonus tracks added to the end of the CD

Do you think this album is the best live album by Fairport Convention?