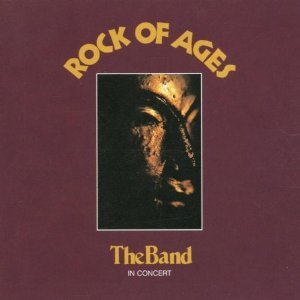 In 2001 the album was remastered and extended with ten extra songs added included four songs of Bob Dylan performing with The Band.

Set lists don’t come much better than this with five songs from Music From Big Pink, eight from The Band, five from Stage Fright and four of The Band playing with special guest Bob Dylan just after midnight on January 1st, 1972.

Allen Toussaint was asked to supplement The Band’s traditional sound with horn arrangements and it works amazingly well.

What Other People Say About Rock Of Ages

Buying The Band Rock Of Ages

What Do You Think About This Live Album By The Band?

Love it or hate it, leave a comment below and tell the world why.

It could have been included in the best classic rock albums poll as well but I feel The Last Waltz is more in the mainstream and I also include Bob Dylan’s Before The Flood with its substantial input from The Band..