This is Roxy Music after they’ve reunited and recorded the Manifesto studio album so it’s a much smoother, perhaps less interesting group.

This album has been released under license and Briyan Ferry and the other members of Roxy Music have had nothing to do with the release. 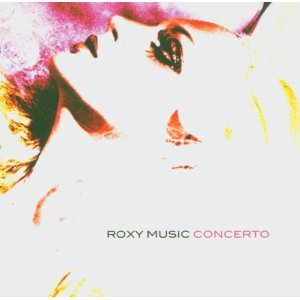 That’s six songs from Manifesto, probably their least interesting studio album but it’s combined with a collection of many of their best songs from previous albums.

Concert Classics only has 13 of these tracks with Mother of Pearl and Editions of You missing.

Ladytron has 14 tracks with Ain’t That So missing.

I will be writing a full review of Concerto but it’s an album I only recommend to Roxy Music completists.

Much better Roxy live albums are Roxy Music Live from 2001 or Viva from before they split in the mid seventies.

What Do You Think About The Roxy Music Concerto Live Album?

If you like Roxy Music, then I think you will also like Be Bop Deluxe, David Bowie , Talking Heads, Television