Berlin – A Concert for the People is a live album by Barclay James Harvest.

It was recorded on the steps of the Reichstag in West Berlin next to the Berlin Wall on August 30th, 1980 but not released until 1982.

Barclay James Harvest Berlin A Concert for the People 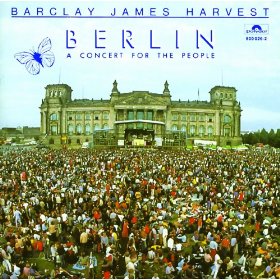 Stuart “Woolly” Wolstenholme had left in 1979.

Buying Berlin – A Concert for the People

Do you think that this album is the best Barclay James Harvest live albums?

This album is included in the best art rock poll.