The Night Watch is a live album by progressive rock group King Crimson. It was recorded on 23 November 1973 at the Concertgebouw in Amsterdam, Holland while they were promoting the Larks’ Tongues in Aspic studio album.

I think King Crimson could be the most difficult group to buy albums for because of the many different changes in line-up and basic sound.

Many will argue that this is the classic line-up, even surpassing the version with Greg Lake as all four people appeared on Larks’ Tongues in Aspic, Starless and Bible Black and Red although the involvement of David Cross on Red is very limited.

There is a very strong argument that a group as innovative as King Crimson are best live rather than caught in the studio. 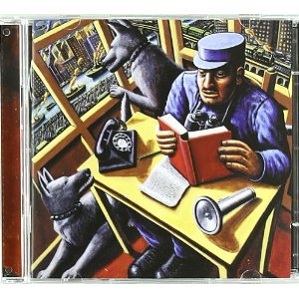 What Other People Say About The Night Watch

It is a surprise to me that I haven’t seen any live King Crimson albums on the lists of the best live albums. I suspect that it’s because even critics are left unsure about how to approach the group.

It’s a different story at Amazon.

Unfortunately there aren’t any mp3 samples available through Amazon of The Night Watch or any other King Crimson albums (at the time of writing). iTunes does a little better but it doesn’t have any of the live albums when I checked. I think that’s a big shame.

What Do You Think About The Night Watch Live Album By King Crimson?

Do you think The Night Watch is the best King Crimson live album? If so, why?

The Night Watch has been included in the poll to discover the greatest prog rock live albums ever.

Do you think it should be at the top of the list or are there much better live albums by progressive rock groups? Please vote.