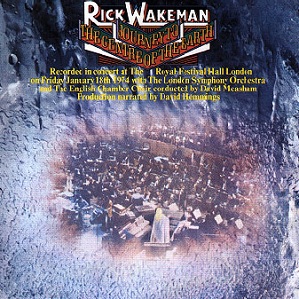 It hasn’t appeared on any general lists of best live albums I’ve seen.

This is what Amazon has to say:

You may however want to do a little searching of your own as there are various versions of the album available.

Is this Rick Wakeman’s finest moment?

Journey To The Centre Of The Earth is one of the albums nominated in the readers poll to find out the best live prog rock albums.