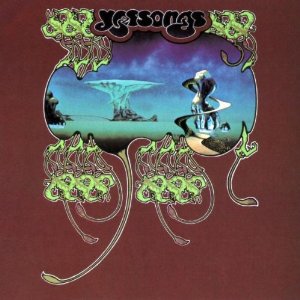 A great set list pulling from the progressive rock classic albums The Yes Album, Close To The Edge and Fragile.

The Yes Album is probably my favourite Yes studio album and, when I was revising for my final accountancy exams, I had a double cassette of Close To the Edge and Fragile which I played virtually all the time. This set list has to be worthy of 10 out of 10 to any prog rock fan as I can’t imagine many putting up an argument for including anything else in the 130 minute masterclass if it meant losing anything already on the album.

Here are a few videos of Yes performing live in 1972 or 1973 to show you what a great album Yessongs really is. Just as you’d hope, the performance sounds more aggressive and fiery than the studio albums. It’s amazing that they can perform this complicated music live in concert but my only niggle is that I wish they’d strayed away from the studio songs a little more. 9 out of 10 for performance.

Are those fantastic? You need to get this double CD of Yessongs don’t you?

As for atmosphere and authenticity then we have what is arguably the definitive version of yes with Anderson, Howe, Wakeman, Squires and White. Others may argue for Brufford as the better drummer but I’m happy with the man who appears on the Close To the Edge studio album.

It would be nice to hear the band show more personality and the sound is a little muddy compared to modern recordings. Another 9 out of 10 from me.

That gives the album a total rating score of 28 out of 30, just one short of the maximum I’ve ever given to any album. This is a genuine progressive rock classic live album.

What Others Say About Yessongs

Yessongs is recognised a great live album and has featured a number of times on the greatest live album ever lists.

Over at Amazon, there are plenty of great reviews.

There is also a Yessongs DVD which is where I believe the YouTube videos come from. This doesn’t have the full set list that the Yessongs CDs have.

What Do You Think About Yessongs?

Do you think that Yessongs is as a good as its reputation?

What is the best live album by Yes

I’m running a poll to find the best live albums

What is the best progressive rock live album