Coma Divine – Recorded Live in Rome is a live album by Porcupine Tree.

It was recorded at the Frontiera in Rome where the band played on the 25–27 March 1997. I’ve read that the first show wasn’t used because of technical problems with the recording.

It was originally released as a single CD in October 1997 but since then more songs have been added to create a double CD. 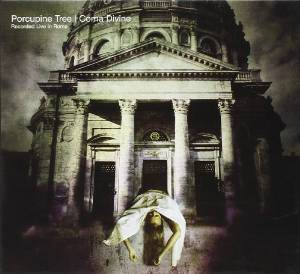 1. Up The Downstair
2. The Moon Touches Your Shoulder
3. Always Never
4. Is… NOT
5. Radioactive Toy
6. Not Beautiful Anymore

Is Coma Divine the best live album by Porcupine Tree?

I have included this album in the poll to find the best prog rock live albums.

I have also added in a specialised best modern prog live albums poll because the ’70s bands tend to dominate the main prog poll and I think there’s plenty to be appreciated in the newer bands once you’re prepared to dip your toes.