801 Live is a live album by a short term project featuring Brian Eno and Phil Manzanera.

It was recorded at the Queen Elizabeth Hall in London on 3rd September 1976. 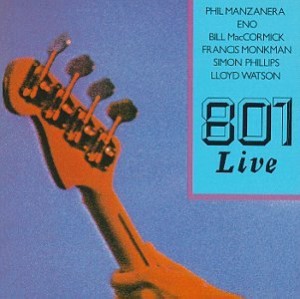 There are several versions of this album:

The album received critical acclaim and the band reformed in 1977 to record the studio album Listen Now which they also promoted with live concerts. By this stage, the writing was done by Phil Manzanera and Bill MacCormick although the others appear on the album. This 1977 tour has resulted in more live albums.

Is it the best live album by 801? Which do you recommend?