A Live Record is the first live album released by progressive rock group Camel. It is a compilation of recordings from concerts in 1974, 1975, 1976 and 1977.

It includes a complete performance of the band’s breakthrough album, The Snow Goose performed with the London Symphony Orchestra in 1975.

Doug Ferguson had left by 1977 and there were two new members for the 1977 recordings:

This is the unfortunate problem with live compilations since the change in members tends to alter their sound. 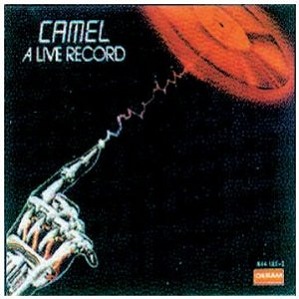 A Live Record was originally released as a double album. Bonus songs from 1976 and 1977 were included when it was reissued in 2002.

Disc Two (the performance of The Snow Goose was recorded at the Royal Albert Hall, London, October 1975, the final two tracks were recorded at the Hammersmith Odeon in April 1976)

This set list suits me very well although I’d have been delighted if more from Mirage had featured as that is my favourite studio album by Camel.

What Other People Say About A Live Record

I haven’t seem any live album by Camel feature on the best live albums ever lists.

Feedback at Amazon is particularly strong.

Is This The Best Live Album By Camel?

Do you think this is the best live album by Camel?

What Are The Best Progressive Rock Live Albums?

A Live Record by Camel has been nominated in the poll to find out the best live prog rock album.

Does it deserve to be near the top or do you know prog rock live albums that are better? Please vote.