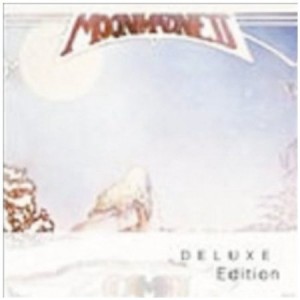 The 2002 version of MoonMadness included some songs from the live performance at the Hammersmith Odeon in London on 14 April 1976 – Song Within A Song, Lunar Sea and Prepration/Dunkirk.

The 2009 two CD Deluxe Edition extends the tracks from this concert.

CD 1 includes the original Moonmadness studio album plus the single version of Another Night and a demo of Spirit Of The Water plus:

What we have is a nicely balanced set with the 5 long tracks from MoonMadness, 2 medleys from The Snow Goose that total 20 minutes and two songs from Mirage that add up to about 25 minutes. It’s a shame we don’t have anything from their first album.

This isn’t available as a separate live album so you will need to buy the deluxe version of Moonmadness or the digital downloads.

Is this the best live album by Camel?

Is it one of the best prog rock live albums?