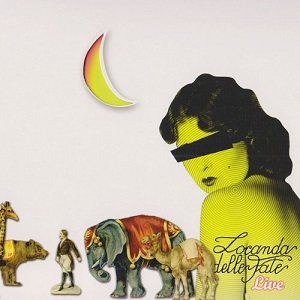 Their first live album can be criticised for sound quality but this one is very good.

Four of the original members play on this including the vocalist.

If you like progressive rock and you haven’t investigated the music that came out of Italy in the 1970s, you’re in for a treat. Give this group or Banco or PFM a try.

It’s a bit strange at first when the singing is in Italian and you can’t understand but I find that I quickly get used to it. With some English prog albums, I think it could be a blessing in disguise if I couldn’t understand.

Singing in Italian is accepted in classical opera so why not in prog!

On the progarchives.com website, it’s rated at 4.00 based on 14 people at the time of writing. This is slightly better than their first live album Live and slightly worse than their great debut.