Live in Central Park, NYC is a live album by King Crimson. 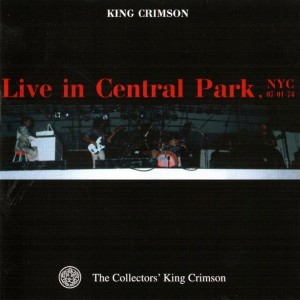 The best live album poll below shows that this version of King Crimson were an extremely hot band when performing live. This is less well known than some of the others and is probably more for keen fans of King Crison than casual fans.