The Blow Up is a live album recorded by Television in 1978 with songs from Marquee Moon and Adventure.

Television The Blow Up 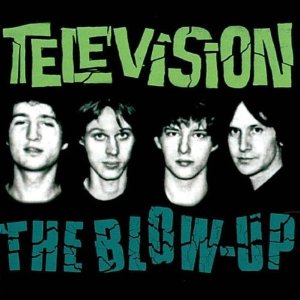 Marquee Moon is a terrific album and Television couldn’t go wrong basing their set around it. However two of my favourite tracks from the album – Guiding Light and Torn Curtain – aren’t featured on The Blow Up or Live At The Old Waldorf which is a shame.

This is a rough, tough performance that is more punk than Television appear on either of their 1970s albums. Marquee Moon and Adventure, despite the long solos. Yes, just as you’d hope, the lead guitars of Tom Verlaine and Richard Lloyd dominate the record.

Buying The Blow Up?

What Do You Think Of The Blow Up?

Do you think this is a good representation of the band’s sound?

Given the cult appeal of Television and the status of Marquee Moon, I’m surprised that The Blow Up or the Live At The Old Wardorf album don’t appear on the greatest live albums lists.