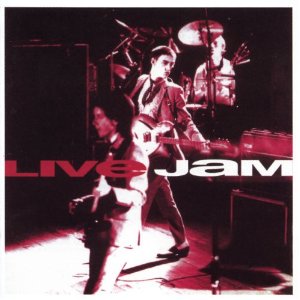 Live Jam fills in many of the obvious gaps from Dig The New Breed. In that way, it is to be commended but I feel that the live Jam albums have not been well considered.

It’s time for Paul Weller to organise a better job that gives much more insight into the progression of The Jam as a live act.

You wouldn’t expect the songs to be extended with long solos and for the band to get into the groove, would you?

In my opinion this beats Dig The New Breed because the set list has more of The Jam songs I want to hear.

Neither is definitive but I guess you could buy both, load them onto your ipod as one album, perhaps “The Live Jam Experience” and see where that takes you.

What Others Say About Live Jam

Not much to be honest. Again I haven’t seen it appear in any of the big surveys of the best live albums lists and there’s not much on Amazon.

You can get it from Amazon.com or Amazon.co.uk

What Do You Think About Live Jam?

Do you think this is a better album than Dig The New Breed?

Do you agree with me that it’s a shame that The Jam have been deprived of some definitive live albums? What is the best live album by The Jam.