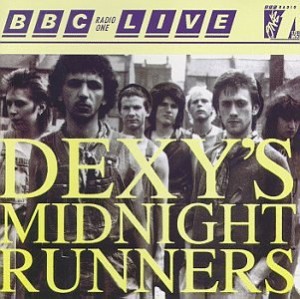 This is a fascinating combination of the sounds that created the first two Dexy’s studio albums – Searching For The Young Soul Rebels and Too-Eye-Ay as brass driven soul meets Celtic folk music.

This is virtually a live greatest hits of Dexy – Geno and Come On Eileen were #1 singles in the UK while Jackie Wilson Said made the top 5, There There My Dear the top 10 and Show Me and The Celtic Soul Brothers made the top 20.

Highly recommended but I have the Too-Rye-Aye Rarities version rather than this older release.

The Too-Rye-Aye Rarities album is expensive as a CD but much better value as a digital download from Amazon.com or Amazon.co.uk

Is it the best live album by Dexy’s Midnight Runners? Which do you recommend?