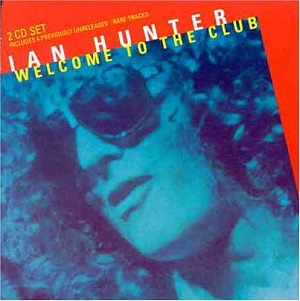 It’s a nicely balanced set list celebrating both the old and the new. As Ian Hunter was the main song writer for Mott, there’s little change in style between the two.

Ellen Foley sang on We Gotta Get Out Of Here.

I haven’t seen it on any best live album lists from the music press but I have seen people nominate it as their favourite live album in forums.

Buying Welcome To The Club

Is This The Best Mott The Hoople Or Ian Hunter Live Album?

Ian Hunter can’t escape from his past glories in Mott the Hoople so it makes sense (to me anyway) to look across both for the best live albums.