Cheap Trick At Budokan is a live album recorded in Japan in April 1978.

It was originally released with ten live tracks – Hello There, Come On, Come On, Lookout, Big Eyes, Need Your Love, Ain’t That a Shame, I Want You to Want Me, Surrender, Goodnight Now, Clock Strikes Ten

Since then The Complete Concert version of Cheap Trick At Budokan has been released. 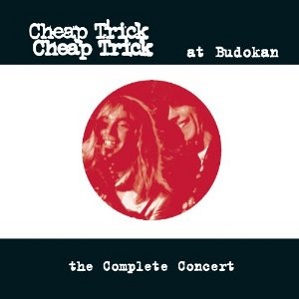 What People Say About Cheap Trick At Budokan

This album is a regular in the lists of best live albums:

You need to decide which version you want.

Do you think it has been improved or weakened since it was extended to the complete concert.

You might also be interested in the Best heavy metal albums albums. I decided to only include live albums in a maximum of two categories and I didn’t think At Budokan was heavy enough to qualify.