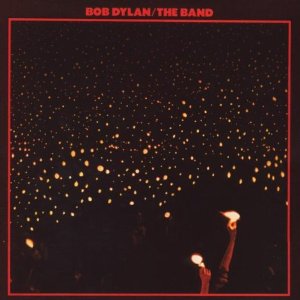 I like The Band and Rock Of Ages is a terrific live album but I don’t think I’d have chosen quite this mix. The problem is that it’s hard to define as a Bob Dylan and The Band album.

It’s always interesting to listen to Bob Dylan live and I have a lot of his live albums because of the wide variations in performances. This is a good album but there are better albums that give you a purer Dylan experience.

This is important because he got Dylan back into live performances after a fallow period where he struggled to live up to his own reputation.

What Other People Say About Before The Flood

This album appears regularly on the greatest live album lists.

In particular it has featured as

Buying Before The Flood by Bob Dylan And The Band
To help you to find the album quickly and easily, I’ve given you the following links::

What Do You Think About Before The Flood?

Do you think that Before The Flood is the best Bob Dylan live album?

Do you have any particular points to make about this album and why you like it or why you think that it is overrated? Please leave me a comment below.

The most relevant to Before The Flood are:

If you like Dylan, I think you’ll also be interested in the Best singer songwriter albums poll.