Woodstock is probably the most famous rock festival ever held.

It happened at Max Yasgur’s farm in the Catskills near Bethel, New York, from August 15 to August 18, 1969 and it featured a who’s who of rock artists.

It was popularised by a movie and a movie soundtrack and that is the album that is being looked at here.

In recent years, a number of live albums have been released featuring teh full sets of groups that appeared at Woodstock. 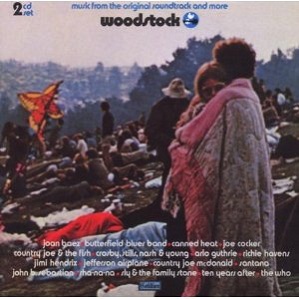 Buying Woodstock Music From The Original Soundtrack And More

Please help me find the best live albums ever by voting in the readers polls: