The Live Anthology is a live album by Tom Petty and the Heartbreakers.

The standard edition has four CDs.A deluxe edition was also released with an additional CD, two DVDs, a vinyl copy of Official Live ‘Leg and a blue-ray disc with all 62 songs on it.

Tom Petty and the Heartbreakers The Live Anthology 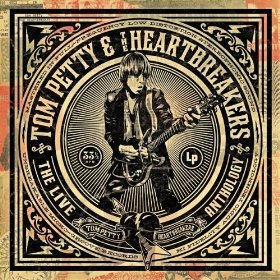 The band had very few changes during the 30 plus year period:

Tom Petty has gone from one extreme to another. Pack Up The Plantation was too short but this is almost overwhelming in its coverage of his career.

My thoughts on my ratings are:

If you would like the deluxe version, you can get it from Amazon.com and Amazon.co.uk.

Do you think that this album is the best Tom Petty live album?