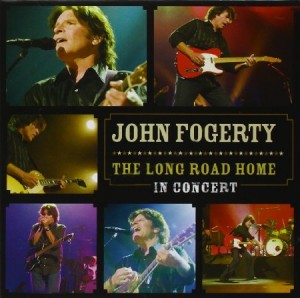 Songs On John Fogerty The Long Road Home In Concert

Songs On The DVD

The CD is the same except that its got an outro credits.

John Fogerty wrote many excellent songs in the few years that Creedence were an active band but I don’t think there is a great live album from CCR or John Fogerty.

For me, a great live album is one that’s better than the studio versions of the songs. It will have more punch, more searing instrumental breaks and it will show the artist or band’s personality.

I’m not getting that feeling and I think the problem lies in the superb production of the studio versions and the fact that live, Fogerty doesn’t seem to cut loose.

It is available in different formats from Amazon.com – Amazon.co.uk – iTunes – eBay and the video is interesting. BUT, if you don’t have any CCR, I recommend you buy Chronicles, their comprehensive compilation album.

Is this a great live album? Is it the best live album by John Fogerty or Creedence Clearwater Revival?