Live Dates 2 is a live compilation album by Wishbone Ash pulling together recordings from 1976 to 1980.

In the original Live Dates, Ted Turner was the second guitarist duelling with Andy Powell but in Live Dates 2, he’s replaced by Laurie Wisefield.

The CD has been unavailable for many years except as an expensive import, but checking on Amazon.com and Amazon.co.uk shows that you can now get it for a normal price. 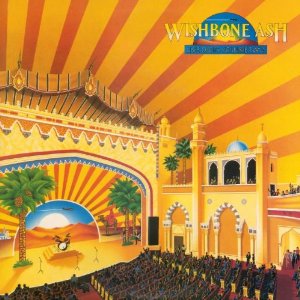 Apart from providing Time Was (the opening track from Argus) that was missing from Live Dates, the set is made up of mid-period Wishbone Ash songs.

This is a spirited performance by the band at that stage:

Here is Persephone performed live in concert in 1976.

What Other People Say About Live Dates 2

Do you think that Live Dates 2 is even better than Live Dates?

Is it the best Wishbone Ash live album?