As the title suggests, this is a live compilation pulled from concert recordings between 1985 and 2000 combined with a new song recorded in the studio called One Wild Night. 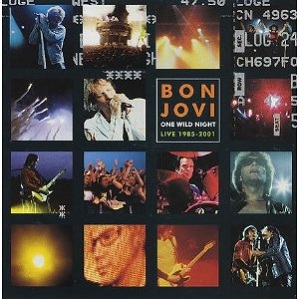 I’m not keen on live compilations and given that they have recorded so many concerts, I’d have thought this could have been more substantial than 15 songs clocking in at 78 minutes.

To put the recording dates into perspective, Slippery When Wet was released in 1986 and Keep The Faith came out in 1992.

Here is Bon Jovi playing Living On A Prayer in 1995.

What Other People Say About One Wild Night

Does this deserve to be included in the Classic Rock Live Albums poll as well?

There is something lightweight about Bon Jovi but there is no denying that they have sold a lot of albums.