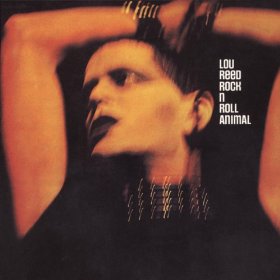 If you knew the original LP, then you’ll see that two more songs – How Do You Think It Feels and Caroline Says I have been added to the CD & digital versions. We now have four Velvet Underground classics and three songs from Berlin.

I like this alternative sound of the songs although I’m surprised at how well they translate to a more mainstream hard rock sound. I don’t want live albums to sound just like the studio versions although I accept that sometimes the changes work and sometimes they don’t.

My main niggle with the album is that it’s too short and I’d hoped that this and Live aka Extended Versions would have been combined and restructured to match the order that the songs were played live in concert.

It has appeared in critics lists of the best live albums:

Others have preferred to hear the Velvet Underground tracks performed on the original group’s live albums – 1969 Live with Lou Reed and Live At Max’s Kansas City.

Most of the reviewers at Amazon love it but some traditional Velvet fans hate the hard rock approach to the songs.

Is this the best Lou Reed live album?

What are the best hard rock live albums?

I’ve also included this album in the poll to find the best glam rock live albums.