Live at Max’s Kansas City is a live album by The Velvet Underground recorded in one of the last concerts that featured Lou Reed in August 1970. 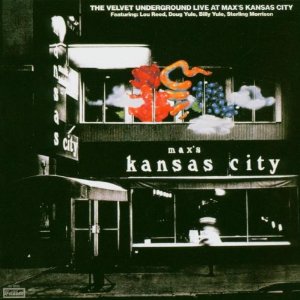 This album was extended in 2004 with extra tracks.

What Others Say About Live at Max’s Kansas City

In contrast, Velvet Underground Live 1969 has been included on three best live album lists and is more strongly favoured by the Amazon reviewers.

Amazon reviewers are mainly positive about Live At Max’s.

What Do You Think About Live at Max’s Kansas City?

Do you think this is better that Live 1969? Please let me know by leaving a comment below.

Is this one of the best of the many live albums by Lou Reed and/or The Velvet Underground?

I’m treating the Velvet Underground as a psychedelic and proto-punk band.