Live In Japan is the first live album by Primal Scream. It was recorded at Zepp Tokyo in 2002 while the group promoted the Evil Heat studio album. 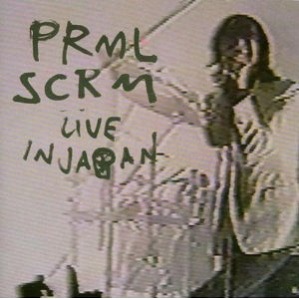 Five songs from their latest album Evil Heat and a good summary of their earlier albums although I suspect that many fans feel that Screamadelica is under-represented. Fortunately Primal Scream have now issued Screamadelica Live.

If the only Primal Scream you’ve heard is the studio version of Screamadelica, you’re in for a shock at what a rough and tough live rock band Primal Scream are. You should probably listen to the mp3 samples.

What Other People Say About Primal Scream Live In Japan

I haven’t seen it included in any best live albums lists. They tend to be dominated by recordings made in the seventies. Mind you, so does my own Best Live Albums Blog.

Feedback from Amazon is positive.

It’s expensive because it is a Japanese import.

What Do You Think About This Primal Scream Live Album?

Do you think this is a great live album by Primal Scream.