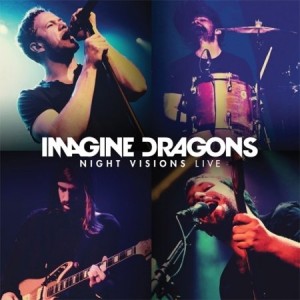 The DVD features “The Making Of Night Visions documentary, the complete Live At Red Rocks performance and 4 music videos.

I’m not sure what’s going on but Amazon.com had over a thousand reviews for the Night Visions studio album but none for this CD/DVD package at the time of writing. I’ve therefore pulled in the feedback from Amazon.co.uk where there is a little bit more information.

The CD can be bought with or without a DVD.

These links will help you get to the albums quickly and easily but I recommend that you still search for the best deal.;

Is this a great live album? Is it the best live album by Imagine Dragons?