Beethoven Was Deaf is a live album by Morrissey. 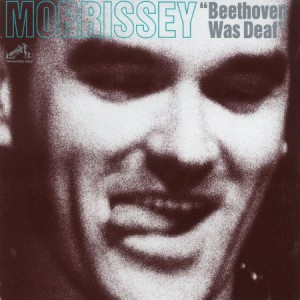 Songs On Morrissey Beethoven Was Deaf

I don’t know why but I’ve never taken to Morrissey’s solo albums in the same way as I like The Smiths. This album leans heavily on the Your Arsenal studio album and, with hindsight, it may have been recorded a little early in his career. Unlike his next live album, Live At Earl’s Court, it doesn’t feature any songs by The Smiths.

The performances are spirited and some fans claim that these versions of the Your Arsenal songs are better live than in the studio.

In 2010, EMI announced that they’d deleted it from their catalogue but it’s still easy to find. If you like The Smiths and Morrissey, it’s well worth picking up.

Is it the best Morrissey live album, with or without The Smiths?