Live At The Royal Albert Hall is a live concert made available with the 35th anniversary edition of Ocean Rain.

It was recorded in London in July 1983 and represents the band recorded close to their peak. In My opinion, Ocean Rain is the best of their studio albums so this is a terrific set, if you can find it. Live At The Royal Albert Hall is also available as a separate CD and mp3 download from Amazon.co.uk. Somewhat confusingly, the album is attributed to 1984. 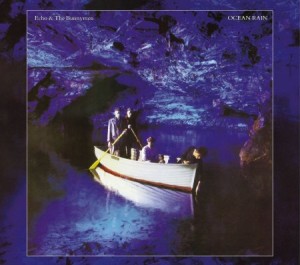 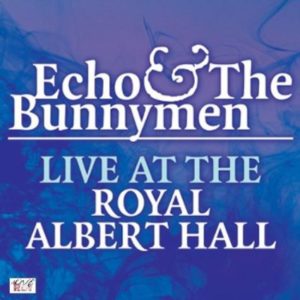 Songs On Echo & The Bunnymen Live At The Royal Albert Hall

I’m very fond of Echo as they were one of the few guitar bands that sustained me in the early 1980s when much of music seemed to be electronic.

The set list isn’t perfect and an album from 1984 may suit me even more. Considering that it was given away with Ocean Rain, there are only two songs from that great album whilst there are five from Crocodiles, four from Heaven Up Here and four from Porcupine.

The live recording is very good and has more intensity than their studio versions but they don’t transform the songs when playing live. The songs stay similar to the originals but are played with more pep.

Buying Echo & The Bunnymen Live At The Royal Albert Hall

This is hard to find and it’s not helped by the poor descriptions given to copies that are offered for sale.

According to Discogs, it was released on the following labels and reference numbers:

Is this a great live album? Is it the best live album by Echo & The Bunnymen?