The Pixies Live At Vredenburg is a live bonus CD that was included with a number limited of the Death To The Pixies compilation album.

It was recorded at Vredenburg in Utrecht, Netherlands on 25th September 1990.

Sadly we are very short of authorised recordings of The Pixies live in concert from their original time together. Since their reunion in 2004, they have offered limited edition recordings of their individual concerts. 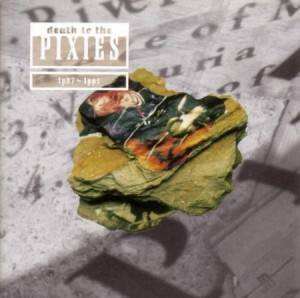 Songs On The Pixies Live At Vredenburg 1990 CD

Songs played at the concert but not on the CD are:

It would have been nice to have the entire concert but this is the only prime era live recordings of The Pixies that have been officially released by a record label with the approval of The Pixies.

The Pixies are a terrific group and this is a very solid performance. It doesn’t roar as much as I was expecting which is a good thing. I certainly didn’t want to find a wall of noise when I first listened to the album. The tune still dominates in the majority of songs although there is a little bit of strangeness.

Buying The Pixies Live At Vredenburg 1990

It is sold as part of the Death To The Pixies album but you need to make sure that you find the double CD version. Because of the different ways of describing the CD, I haven’t tried to narrow down the search beyond “Death To The Pixies”.

It is available from Amazon.com – Amazon.co.uk  – eBay

There is also an unauthorised bootleg called Death To The Pixies that you may see on eBay. This is not this concert.