REM Live is a live album and DVD capturing REM (or more strictly R.E.M.) in concert at the Point Theatre, Dublin in February 2005 on the final nights of their European tour to promote the studio album Around the Sun. 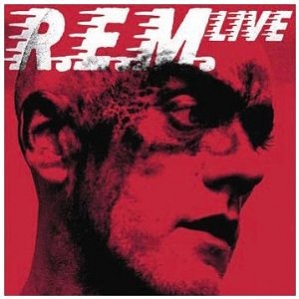 Six songs from Around The Sun and a selection of songs from the other albums. What’s surprising is how little focus there is on the two blockbuster albums that threatened to make REM the biggest band on the planet – Out Of Time and Automatic For The People.

On both this album and Live At The Olympia album, REM suffer from recording and releasing live concerts after two of their weakest albums.

We have seen live recordings released as bonuses with their classic studio albums from the 1980s so hopefully, we’ll see them continue this policy into the 1990s. Otherwise I fear we’ll be deprived of the classic R.E.M. live album that will receive widespread acclaim.

What People Say About REM Live

Love it or hate it?

Is this the best REM live recording?