The Pogues Live at the Brixton Academy is a live recording by the Pogues which is sold as part of The Ultimate Collection. 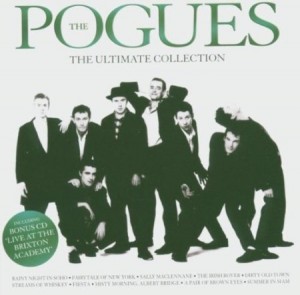 Songs On The Pogues Live at the Brixton Academy

The Pogues had a reputation for being a terrific live act and this recording shows why.

Sometimes I contrast buying a career defining live album with a compilation of studio tracks. With the Ultimate Collection, you can get the best of both. My bias means that when I’m in the mood for The Pogues, it’s the Brixton Academy recording that I Play.

Buying The Pogues Live at the Brixton Academy

Is this a great live album? Do you think the Pogues are at their best live?