It was recorded in Ireland in February 1982. 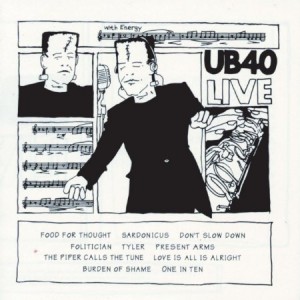 It’s easy to be snooty about UB40 because of their soft reggae / pop crossover success but this album has plenty to recommend it. I’m not so sure about their later albums.