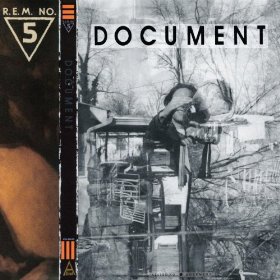 Because the Document studio album is well known because of the success of The One I Love, I’ll just tell you the live tracks available.

With eight songs off Document and five from Lifes Rich Pageant, this live recording gives us a very clear indication of how the REM sound was progressing.

By this stage, the band were very experienced and confident playing live but the venue is still relatively small (maximum capacity 5,000 people).

After years of being starved of official live recordings, R.E.M. have included live recording bonuses with other studio albums – a 1983 show with Murmur, a 1984 show with Reckoning and a 1989 show with Green. I’d like to think that they’ll continue with this policy.

Well I had ignored REM in their early days but the singles from Document had gained my attention and Green was the first of their albums that I bought. My bias therefore is for this middle period from 1987 to 1992 when they took on the world and won.

Is it the best live recording by REM?

By this stage R.E.M. were getting better known but I’m still treating them as an alternative rock band rather than classic rock.