It has been reissued with extra tracks which helps to give a more comprehensive experience of Love as a band.

Recording a classic album like Forever Changes in its entirety is a risky business. Van Morrison did it with Astral Weeks and he pulled it off. So does Arthur Lee and the latest version of Love. 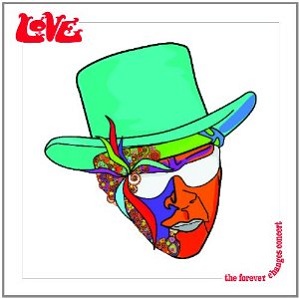 There were two versions of this album as the original album was updated with four extra live songs from these reunion concerts. It’s frustrating as I bought the earlier version as soon as I was aware it was released.

Disc 1 (all from Forever Changes and in the original sequence)

The band members on the original Forever Changes album were:

On the 2003 Forever Changes Concert album Arthur Lee was backed by the band Baby Lemonade together with string and horn ensembles.

A video of Love in concert.

What Other People Say About The Forever Changes Concert

The original album Forever Changes regularly appears in the best albums ever recorded lists so you’d have thought this might appear on the best live albums lists, wouldn’t you?

Well you’d be wrong because I haven’t seen it featured once.

However the Amazon reviewers give you a good indication of the quality of this live recording.

What Do You Think About The Forever Changes Concert?

Does this live album do justice to the great Forever Changes studio album?