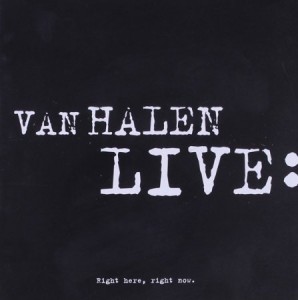 This gives very little attention to the David Lee Roth period of songs from highly regarded albums like the self-titled debut and 1984. Van Halen are crying out for an archive release.

This is the only live album so far released by Van Halen. Do you think this is the best live album featuring Sammy Hagar? I intend to put a poll together when I have featured more of his albums.

I don’t think this Van Halen album will get enough votes to deserve to be included in the poll to find the best hard rock and heavy metal live albums.

I have included it in the second division of albums and if it gets enough votes, it can be promoted to the main list of if it doesn’t do well, it might even be relegated.